We continue to get emails from readers sharing their rock art finds, and this new one is quite a collection.

There something different about this group compared to other pictures of found stones that have been sent to us, in that most of these have round holes in them. Has anyone seen so many with holes like this? It’s hard to know whether these holes were made by a human hand, or found that way. I’m not a rock expert, but a quick Google search suggests that naturally-made holes in rocks are sometimes called “hag stones,” “holey stones,” or “witch stones,” and are believed to give people the ability to peer into a mystical or fantasy world, and are considered by cultures around the world to be a protective amulet when hung on a cord. 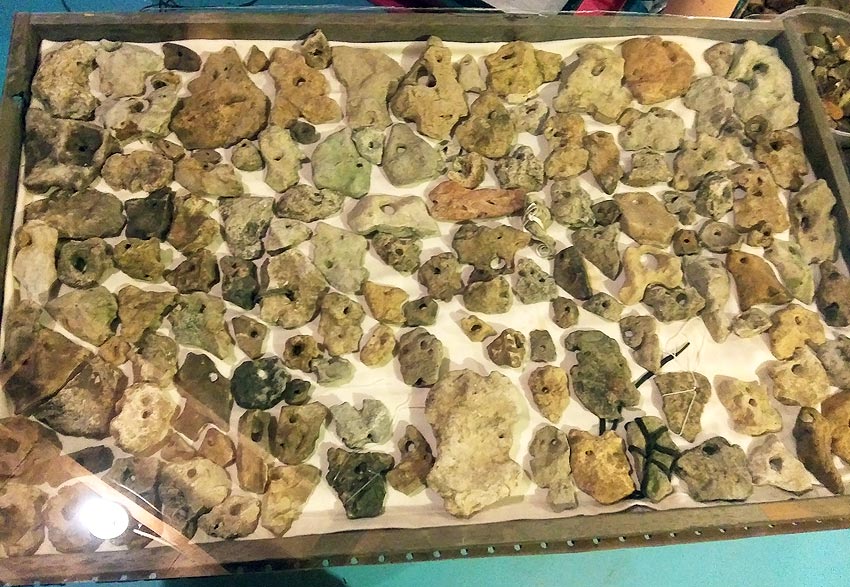 I also see that “hagstones” (found spelled both ways: hag stones, and hagstones) have been viewed as magical across the world, but the scientific reason for the hole is that it is created when water and other elements pound on the stone, and eventually create a hole at the weakest point on the stone’s surface. This is why hagstones are often found at the beach, or in streams and rivers.

However, this explanation seems to go against what our viewer explained: she said she found them on private property in a small town, and in cornfields. Maybe there was water there in centuries past? It’s hard to know. Here’s a closer look at some of these hagstones.

But there’s more than just hag stones and holey stones in this collection … check out this pair! At left (below), we have what looks like some sort of standing creature, with what appears to be a distinct head, an upturned left arm, and – most amazingly – capable of having a steady upright position! And below right is something that looks pretty clearly like a face effigy, a profile facing left, with an eye socket, nose, and a small downturned or frowning mouth.

Here’s another pair of face effigies: 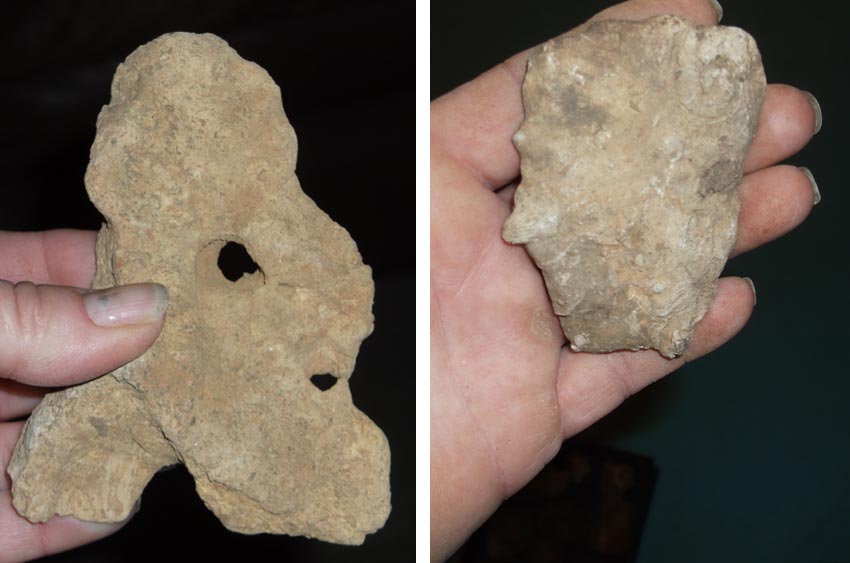 What do you think? If you have any information or knowledge about rocks or stones like this, please share your thoughts in the comments section below. We’d like to track down some rock art experts or geologists and see if we can get some more information for our readers who send in these pictures.

The Samuel Dorsky Museum of Art Presents Breaking Through