As the coronavirus continues to spread, art museums around the world have begun to close temporarily to comply with recommendations from officials and organizations. Institutions in Italy and South Korea closed earlier this week, and now museums in Japan, where there have been over 200 confirmed cases of the virus so far, are following suit. After Japanese Prime Minister Shinzo Abe announced on Thursday that the country would close its schools for a month as part of an effort to mitigate the spread of the coronavirus, art institutions throughout Japan revealed that they, too, will shutter for the next few weeks. 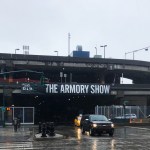 At least one major gallery has also taken action. Blum & Poe has postponed two exhibitions—by Asuka Anastacia Ogawa and Kenny Schachter—at its Tokyo space until further notice. The gallery’s hours have also been temporarily adjusted to Tuesday to Saturday, from 12–4 p.m. ARTnews has reached out to Perrotin to hear whether its Tokyo outpost will experience any closures or scheduling changes.

The National Gallery said in a statement that it is “consulting closely with our partners” and “we hope that the exhibition will be able to open on 17 March 2020, or as soon as possible after that. However, everything is dependent on Government advice in this rapidly changing situation.”

A Former Baroque Rectory Transformed Into a Cheery Elementary School

All theatregoers should watch this astonishing Australian online work