As numerous major art fairs, museums, and galleries change their programming in an effort to stop the spread of the new coronavirus (Covid-19), two art biennials have announced the postponements of their openings, while one that opened earlier this month continues to remain on view.

The Dak’Art Biennale of Contemporary Art, which was set to open its 14th edition in Senegal’s capital city Dakar on May 28 and run until June 28, has been postponed, according to a statement released by Abdoulaye Diop, the country’s minister of culture and communication. The biennial did not immediately provide new dates for when the biennial would take place. Per a news release from its health ministry, dated Friday, March 20, the country has 47 confirmed cases of the new coronavirus, including 5 recoveries. 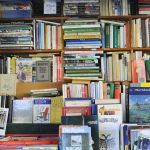 Similarly, the second edition of the Riga International Biennial of Contemporary Art, or RIBOCA2 for short, also said that it would not open as scheduled on May 14. As of Friday, Latvia currently has 111 confirmed cases of coronavirus. In its statement, the biennial said it was looking into presenting the exhibition, which was to feature the work of 48 artists and collectives, online in some form. The biennial said it would honor its financial support of work that it had commissioned of its artists.

In a statement, Agniya Mirgorodskaya, the founder of the Riga Biennial Foundation, said, “In the words of RIBOCA2’s curatorial concept, we continue to ‘seek an alternative to the deluge of hopeless narratives’ by using this situation as an opportunity to ‘transform fear into possibility and peril into exuberance.’ We see this as an unprecedented opportunity to rethink existing formats of exhibition design.”

While many of the world’s major art institutions have closed, Australia’s biggest museums have stayed open. Currently on view is the 22nd Biennale of Sydney, curated by artist Brook Andrew, which opened on March 14. In a statement, the biennial confirmed that the exhibition, which features over 700 works by 101 artists and collectives in numerous venues across the city, will remain on view, though many of the scheduled public programs at the Art Gallery of New South Wales and the Powerhouse Museum have been canceled. The biennial added that it was monitoring the situation daily and had increased its cleaning protocols, adding additional hand sanitizer dispensers throughout its locations.

In a statement, the organizers of the biennial said, “The 22nd Biennale of Sydney is one of the most important cultural events of 2020. Nevertheless, we understand there are concerns regarding coronavirus and its impact on the Biennale of Sydney. We are closely monitoring what the World Health Organization, local and state government agencies, and other health organizations are saying regarding the spread of Covid-19. We continue to work closely with the City of Sydney and all of our exhibition and event partners to ensure attendees are safe.”

Kim Van Do, An Asian American Landscape Artist to Be Reckoned With

Islands of Wood Float Amidst Sea of Glass in New ‘Archipelago’...

Mexico Is Under International Pressure to Reform Its Cultural Institutions

Digital drum role as ancient instrument breaks out of its glass...

Kim Van Do, An Asian American Landscape Artist to Be Reckoned...