Earlier on Friday, the United States House of Representatives approved the Coronavirus Aid, Relief, and Economic Security Act, which will offer a historic $2 trillion in financial relief to organizations and workers across the country. Among the aid package’s more contested points is funding for the arts, which have taken an enormous financial blow during the Covid-19 outbreak.

The American Alliance of Museums has estimated that 30 percent of museums will not be able to reopen without unprecedented financial relief from the government. Earlier this week, the Metropolitan Museum of Art in New York, which expects to weather a budget shortfall around $100 million, pushed the initiative #CongressSaveCulture online, calling for $4 billion of the relief package to be allocated to nonprofit arts organization. The figure was supported by Democrats. The Met also called for “the implementation of a universal charitable tax deduction to incentivize giving to these institutions.” 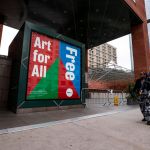 The numbers approved today are far from the most optimistic expectations of arts advocates.

Boiled down, the 888-page document consists of cash payments for most Americans (about $1,200); a $500 billion-dollar bailout for big business; a $300 billion bailout for small business; an expansion of unemployment benefits, which would include gig workers; and additional billions in emergency medical funding.

All told, arts-related organizations are set to receive roughly $300 million—a small fraction of the $2 trillion sum. That sum is far greater than the $190 million one being given by Arts Council England, though it is relatively small compared to Germany’s $54 billion arts relief package.

Below is a breakdown of which arts organizations will be receiving money. In addition to the below, the stimulus package includes a measure that will provide federally guaranteed loans to nonprofits and for-profit arts institutions that promise not to lay off staff.

John F. Kennedy Center for the Performing Arts, Washington, D.C.
Money received: $25 million
Where the money is going: The arts center, which includes the National Symphony Orchestra and Washington National Opera, will get funds to manage “employee compensation and benefits, grants, contracts, payments for rent or utilities, [and] fees for artists or performers.”

Smithsonian Institute, Washington, D.C.
Money received: $7.5 million
Where the money is going: Maintenance, security, and staff overtime at the institute’s 20 museums in Washington, D.C. and New York, among them the Hirshhorn Museum and Sculpture Garden, National Museum of African Art, and National Portrait Gallery.

Institute of Museum and Library Services
Money received: $50 million
Where the money is going: The funds cover grants intended to preserve and expand internet services for visitors.