To receive Morning Links in your inbox every weekday, sign up for our Breakfast with ARTnews newsletter.

The Louvre suddenly closed to the public on Sunday while its staff met to discuss the spread of the Coronavirus, 100 cases of which have been confirmed in France. [ARTnews]

Mark Rothko’s 1957 painting No. 22 (reds), which was held in the estate of the late collector and financier Donald Marron, has sold for $70 million. It was announced in February that the galleries Pace, Gagosian, and Acquavella would sell Marron’s collection. [Bloomberg]

The philanthropist Judy Francis Zankel, who resigned from the board of the Cooper Hewitt Smithsonian Design Museum in New York following the firing of its director, has retracted a $5 million bequest to the museum from her will. [The New York Times] 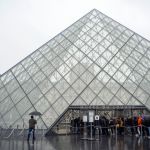 The Times has a Q&A with Mary Lovelace O’Neal, whose solo exhibition at Mnuchin Gallery in New York continues through March 14. “I call myself a painter,” the artist said. “What I can do is paint and make things that are powerful.” [The New York Times]

Before Tate Modern opens its Andy Warhol retrospective on March 12, read this piece by Olivia Laing on how the artist “foreshadowed our compulsive romance with technology.” [Financial Times]

A 1749 painting of Westminster Abbey created by the 18th-century Venetian artist Canaletto will go on public view for the first time in nearly 200 years at the London landmark this month. [The Guardian]

Cate Blanchett on life in isolation and her role in the...

Using Jewish Theater to Protest the Private Detention of Migrants

The Best Countries In Europe To Be An Art Student

Helen Garner’s unflinching look at her past self