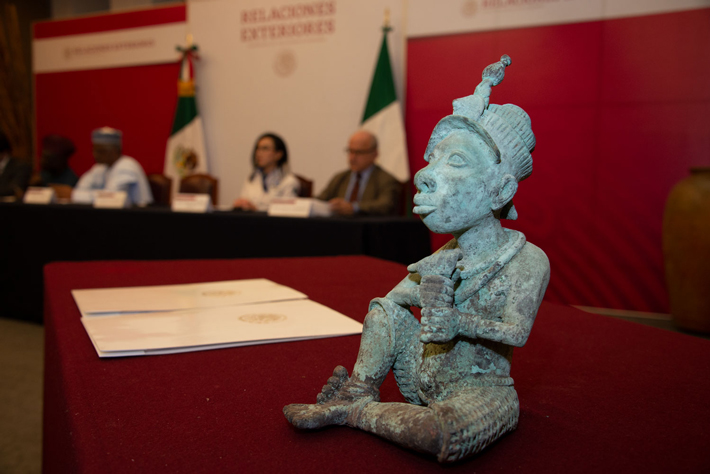 MEXICO CITY, MEXICO—Agence France-Presse reports that Mexican officials have handed over a sculpture seized by customs officers at the airport in Mexico City to Aminu Iyawa, Nigeria’s ambassador to Mexico. Specialists from Mexico’s National Institute of Anthropology and History (INAH) identified the artifact, which depicts a man wearing woven pants and a hat, and sitting cross-legged while holding an instrument, as a sixth-century A.D. bronze from southwestern Nigeria’s ancient Yoruba city of Ife. “A beautiful bronze piece, and that being of Nigerian heritage, it should return home,” said Diego Prieto, who is head of INAH. To read about Yoruba glass production, go to “The Glass Economy.”

Barns – A Thank You for Ingunn Milla Joergensen and Artist...

Lady Gaga makes a satisfying return to the dancefloor amid strange...