Last week I shared some initial pictures and a story about Native American rock art found in Johnson County, Missouri, and the reader who sent them in, Shannon, has a few more to share with us. In addition to the hag stones and face effigies that we saw the other day, now we have some some Native American arrowheads and possible stone tools to consider. The two below left are clearly arrowheads, and we get a nice sense of the scale by seeing them next to a nickel. The rock below right has a similar shape, but appears to be much bigger, most likely too big to be an arrowhead, but seems to be of a shape that would suggest it was used as some sort of tool, with what looks like a “handle” at the bottom: 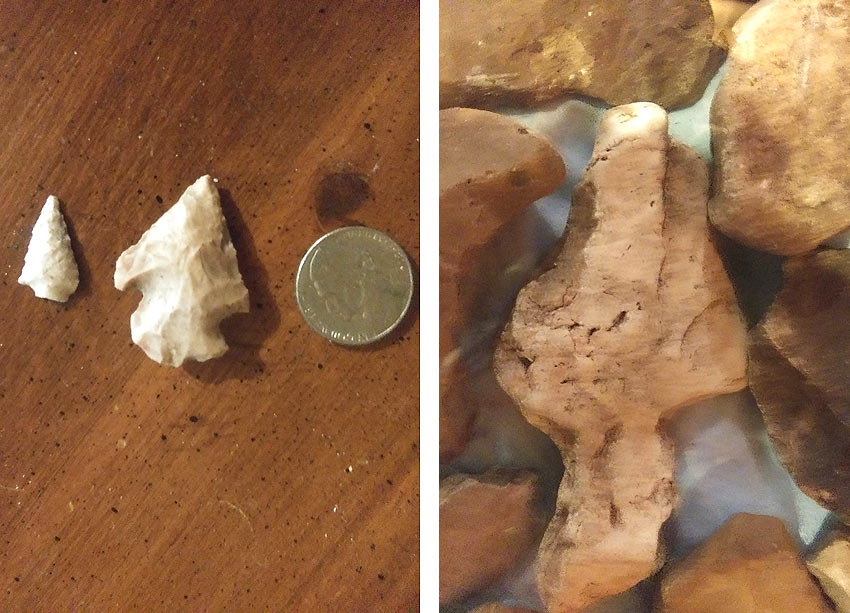 Here’s another pair of found Native American stone tools. I don’t have an exact sense of scale for this set, but as you can see, the shapes clearly suggest that these stones were used as tools, especially the tall white piece at far right, which appears to have been carved or chipped in order to make this sharp dagger-like shape.

The reader who sent these in, Shannon, further explains: “All of these found on farm land in Johnson County, Missouri. One place where I found them seems to have been a camp, several places where a creek wraps around. Found two arrow heads yesterday. I would say at least 50 arrowheads come out of that field.”

This next group has two in particular that make me curious: the round one with the indentation at left … might this have been used as a grinding stone? It seems somewhat small for that, but there’s clearly an indentation. The second one that is distinctly curious is the almost-perfect triangle in the middle. 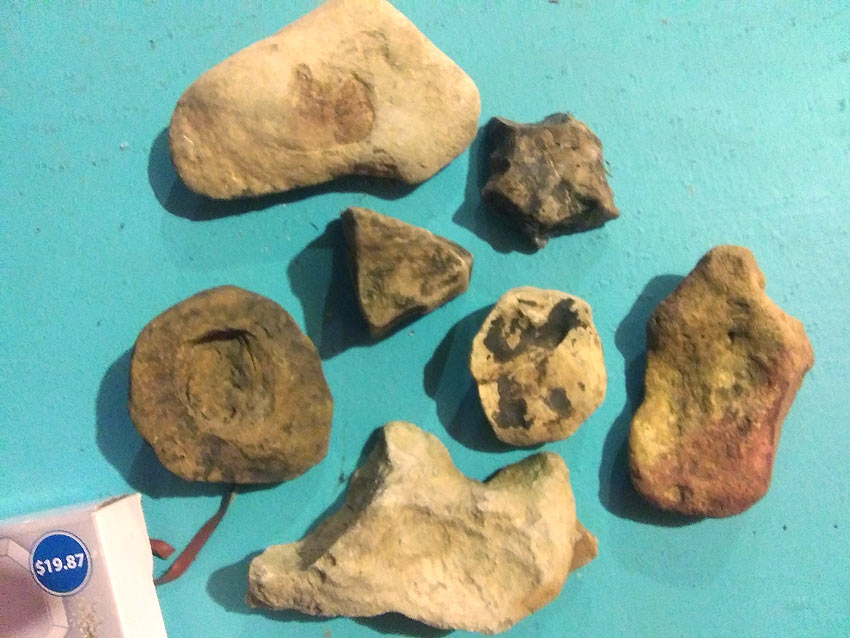 This next one is bigger and seems like it would have definitely been a Native American grinding stone. The view at left suggests a “handle” at the bottom with the round indentation at the top, seen from an overhead view below right: 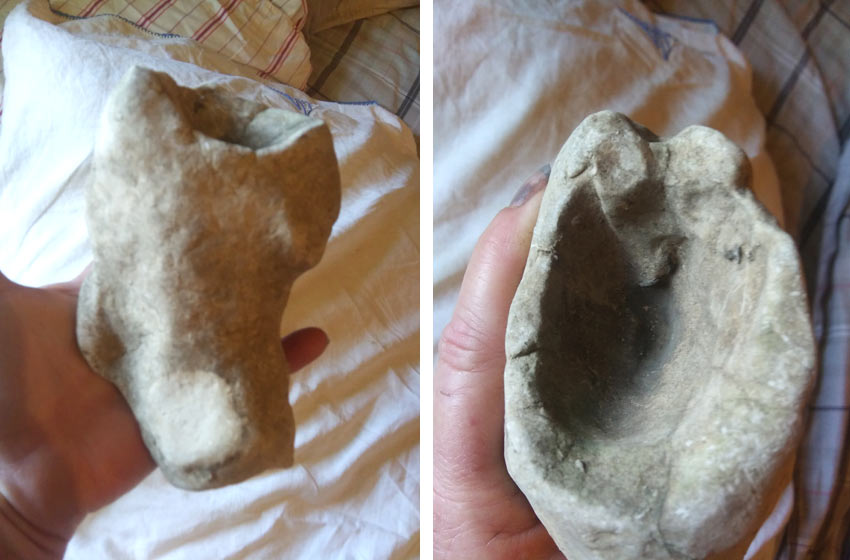 If there’s anyone out there with information on these types of found stones and how they might have been used in Native American culture, we’d love to hear from you in the comments section below.

NFT Art Goes Viral and Heads to Auction — But What Is It?

NYC Cultural Workers Consider What Museums Can Do for Immigrant Communities

NFT Art Goes Viral and Heads to Auction — But What...