This post has been updated since its original publication.

Museums across California, where the total number of confirmed cases of illness from the coronavirus is around 200, have announced plans to close.

In a joint statement, the four largest museums in San Francisco—the San Francisco Museum of Modern Art, Asian Art Museum, and the Fine Arts Museums of San Francisco, which oversees the de Young and the Legion of Honor—said that they would close Friday after 5 p.m. local time. The city also announced that it would close its public schools.

In the statement, the museums said, “With their united focus on the health and safety of their visitors and staff members, the museums made this decision to align with local and federal guidelines and social distancing recommendations for the containment of the coronavirus.” 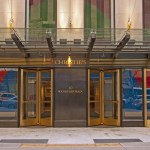 Other institutions in the city also announced they would close shortly after. The CCA Wattis Institute for Contemporary Arts closed, as did the Yerba Buena Center for the Arts, which is across the street from SFMOMA.

In a statement sent to ARTnews, the YBCA said, “While YBCA has no known cases of the virus currently, we must take socially engaged action and consider those of us who desperately need the spread of this pandemic to slow. In the face of a growing sense of isolation and powerlessness, we invite you to join us on our digital platforms as we develop programming committed to offering inspiration and hope.”

Farther south, the San Diego Museum of Art said, which had originally said it would remain open, announced on Friday evening that it too had decided to close, beginning March 14. In a statement, the museum added, “We will be sharing works of art through social media to continue our mission to inspire, educate, and cultivate curiosity.”

In Los Angeles, responses to the coronavirus at art institutions have been varied, though much of the city has come to a halt, with the Los Angeles Unified School District, the nation’s second-largest public school system, closing all schools beginning Monday; the area’s Catholic archdiocese telling parishioners they do not need to attend Sunday mass for the next three months; and the closure of Disneyland in Anaheim.

Among the museums to close in L.A. are both locations of the Museum of Contemporary Art (on Grand Avenue in downtown and the Little Tokyo space, the Geffen Contemporary) and the Broad, the private museum founded by ARTnews Top 200 Collectors Edythe and Eli Broad; both closed as of Friday. The J. Paul Getty Museum’s two locations, the Getty Center and the Getty Villa, will close on Saturday. In a statement, the Getty said, “Given the fluidity and uncertainty of the current crisis, we cannot determine the duration of the closure at this time.”

On Friday afternoon, the Hammer Museum announced it would close its exhibition spaces beginning Saturday, March 14, and all programming was canceled through the end of April. The museum’s affiliated restaurant, however, would remain open with reduced hours and would start deliveries.

In an email sent on Thursday, the Huntington Library, Art Museum, and Botanical Gardens said that though all of its public events have been canceled through May 31, the institution would remain open. Huntington president Karen Lawrence explained the decision by saying that, “. . . in stressful times, they have been a place of immense respite and restoration. The 120 acres of gardens at The Huntington, in particular, provide spaces where healthy visitors can easily enjoy our collections while observing social distancing recommendations.”

Late on Friday evening, more L.A. institutions announced further closures. In a joint statement the neighboring institutions on the city’s Wilshire Boulevard—the Los Angeles County Museum of Art, the Natural History Museum, La Brea Tar Pits Museum, and the William S. Hart Museum—said they would close, beginning March 14. (Earlier in the day LACMA had said only its satellite location a few blocks away at the Charles White Elementary School was closed.)

In a statement, LACMA director Michael Govan said, “Though we had been hoping to keep our galleries open so that our visitors may look to art for inspiration and solace in these uncertain times, we believe that closure is the best way for us to support public health officials in their efforts to slow the spread of Covid-19. We are committed, as always, to help protect the most vulnerable in our community.”

The Huntington Library, Art Museum, and Botanical Gardens also said that all of its indoor spaces—galleries and libraries—would now close, but it would keep its gardens open. In a statement, the Huntington said, “While most museums have closed, most botanical gardens are staying open for now. BecauseThe Huntington is both, we are responding accordingly: closing our museum and indoor facilities, while keeping most of our garden areas open.”

Update: March 13, 4 p.m.: This post has been updated to include the closure of the Yerba Buena Center for the Arts and that the San Diego Museum of Art remains open.

Update: March 13, 5:33 p.m.: This post has been updated to include the closure of the Hammer Museum and the status of LACMA’s locations.

Update: March 13, 7:15 p.m.: This post has been updated to include the closure of the San Diego Museum of Art.

Update: March 13, 8:00 p.m.: This post has been updated to include the closure of LACMA and the indoor spaces of the Huntington.

Australia loses one of its classical greats, Barry Tuckwell

A Blog By Saatchi Art

Happiness in Color on Canvas – A Summer Show at Maine...