They were the crown jewel of the Museum of the Bible in Washington, D.C.: 16 fragments of the Dead Sea Scrolls, the ancient manuscripts that contain the earliest known Hebrew copies of biblical texts, which the institution’s founders are rumored to have acquired for more than $1 million. But on Friday, independent researchers funded by the museum to investigate the authenticity of the fragments announced that months of testing has determined that all 16 pieces are forgeries. 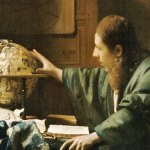 A report published by investigator Colette Loll and her firm, Art Fraud Insights, concluded that the fragments were inked in modern times, using ancient leather most likely found in the Judean desert to mimic the look of authentic Dead Sea Scrolls, which were made of tanned parchment paper. “These fragments were manipulated with the intent to deceive,” Loll said.

The forgeries held in the museum’s collection were among the group of 70 fragments of dubious provenance that entered the private market in the 2000s, dubbed the “post-2002” Dead Sea Scroll fragments. They are not associated with the 100,000 authenticated Dead Sea Scrolls discovered in 1947 in the northwestern cliffs of the Dead Sea, the majority of which are now held in the Israel Museum in Jerusalem.

The report’s findings will almost surely have ramifications for the entire “post-2002” group, many of which are held in academic institutions worldwide, including Azusa Pacific University in California and  Southwestern Baptist Theological Seminary in Texas.

“Once one or two of the fragments were fake, you know all of them probably are, because they come from the same sources, and they look basically the same,” Årstein Justnes, an antiquity researcher at Norway’s University of Agder, told National Geographic.

the challenge of reopening cinemas

The Limitations and Breakthroughs of Teaching Filmmaking Over Zoom