ROA recently dropped back into Melbourne for a six week residency as he prepares for his upcoming solo exhibition at Backwoods Gallery.

Before getting started, he painted this Honey Possum on the side of  STREAT, a neat social enterprise based in a 150 year old building that was previously a bordello.

Renowned for his monumental black and white paintings of wildlife, ROA is a pseudonym of a Belgian street artist that has been leaving both accidental and intentional viewers in awe for years now. His hand painted, large scale and unique portrayals of rabbits, birds, rats, fish and other animals disquietly cohabit city streets, whilst his more disturbing images of skeletal or dead creatures directly reflect ROA’s pessimistic opinions of society.

Although this street artist’s work is definitely a contender when discussing the most famous and recorded urban pieces in recent history, not much is known about this mysterious painter from Ghent who uses this anonymity to make sure both his artwork and spirit remain uncompromised. 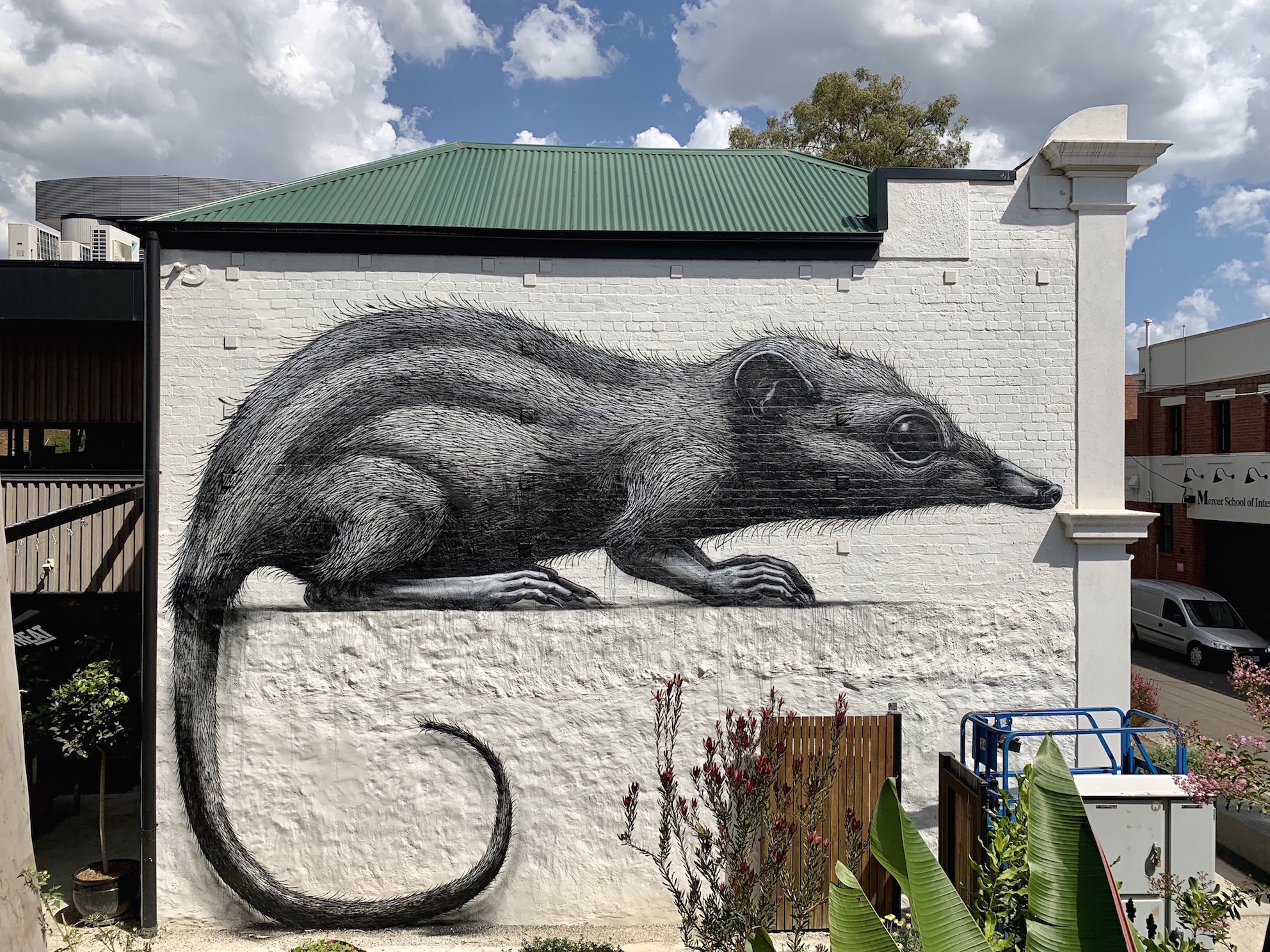 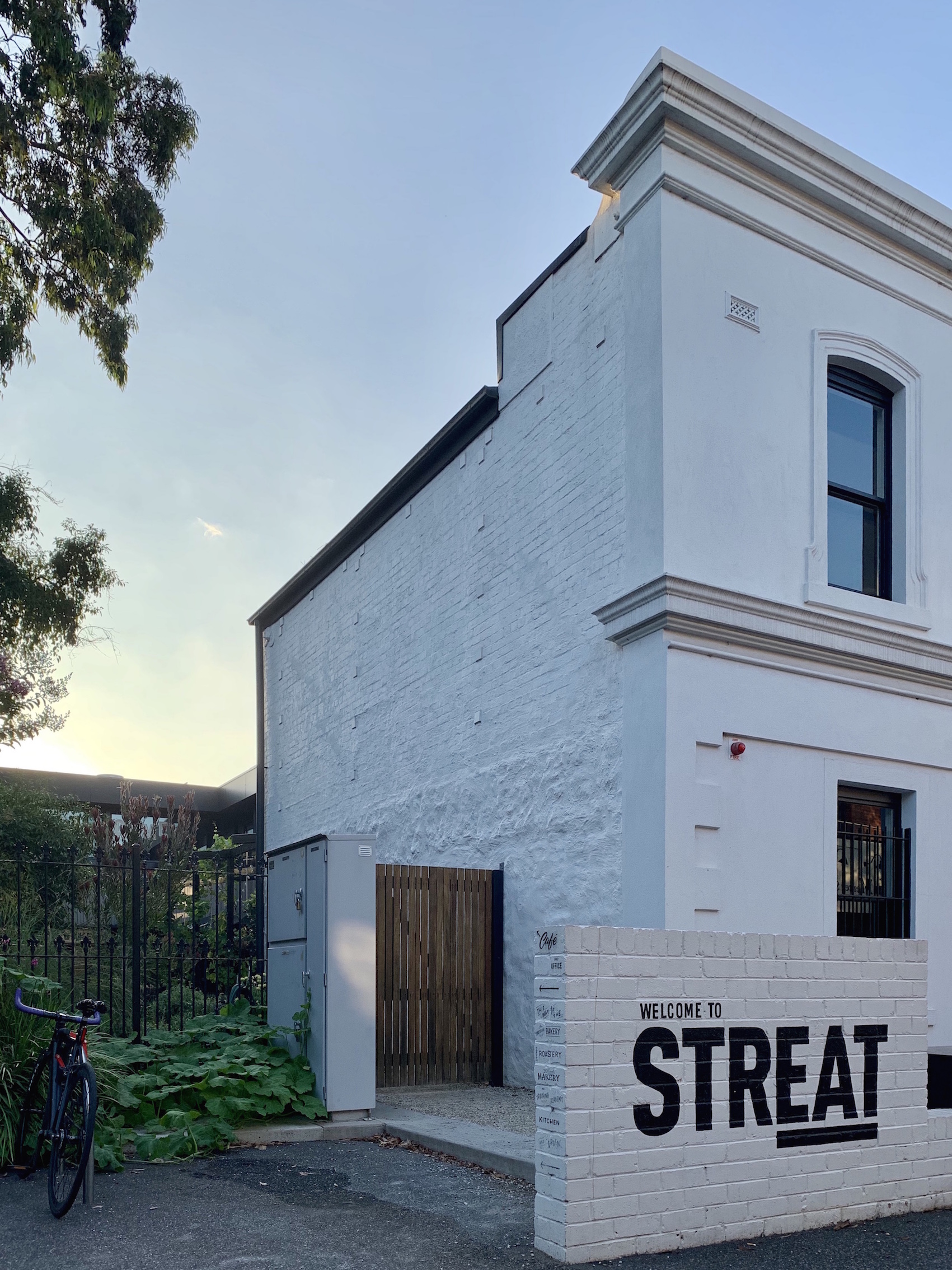 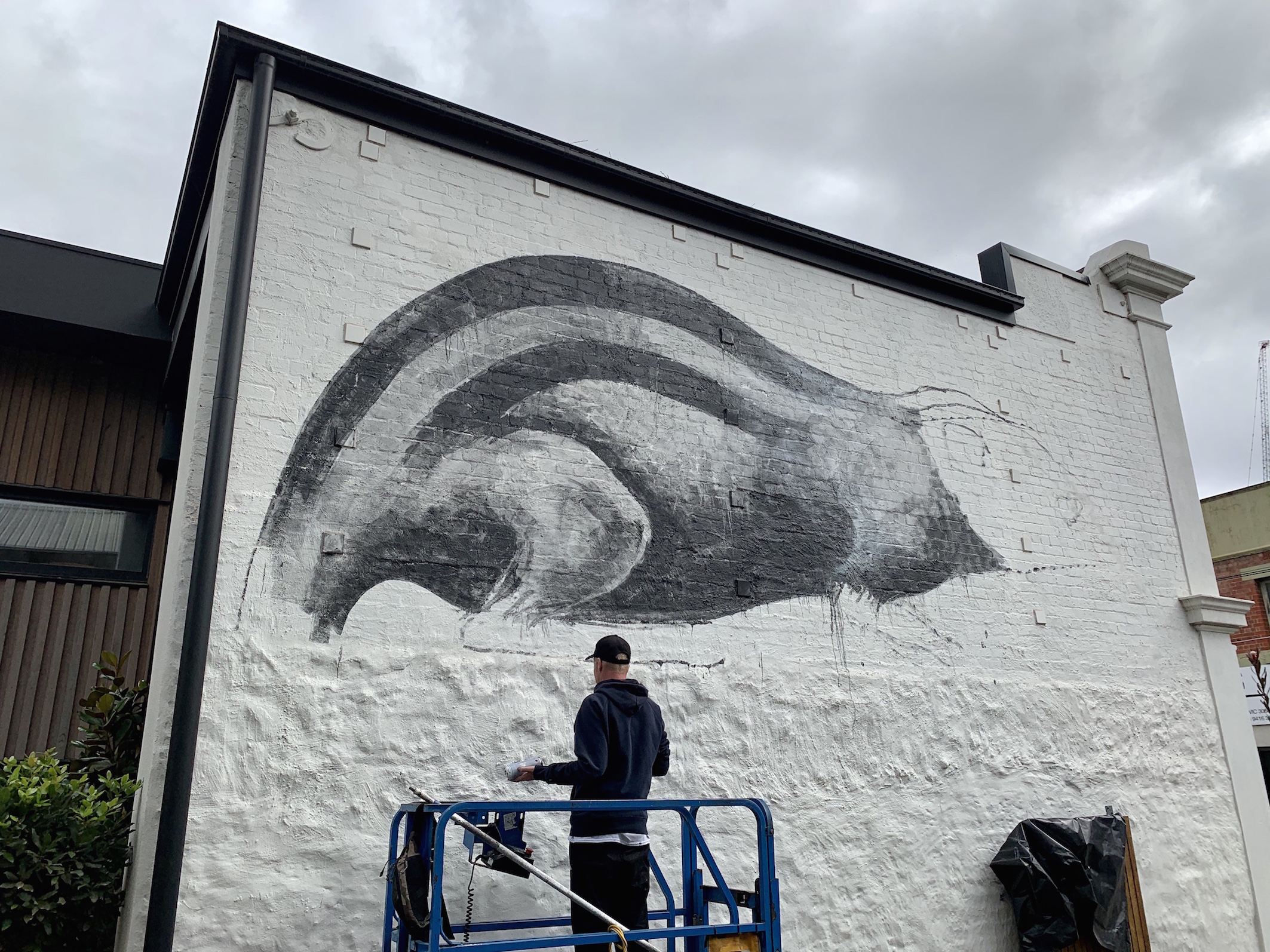 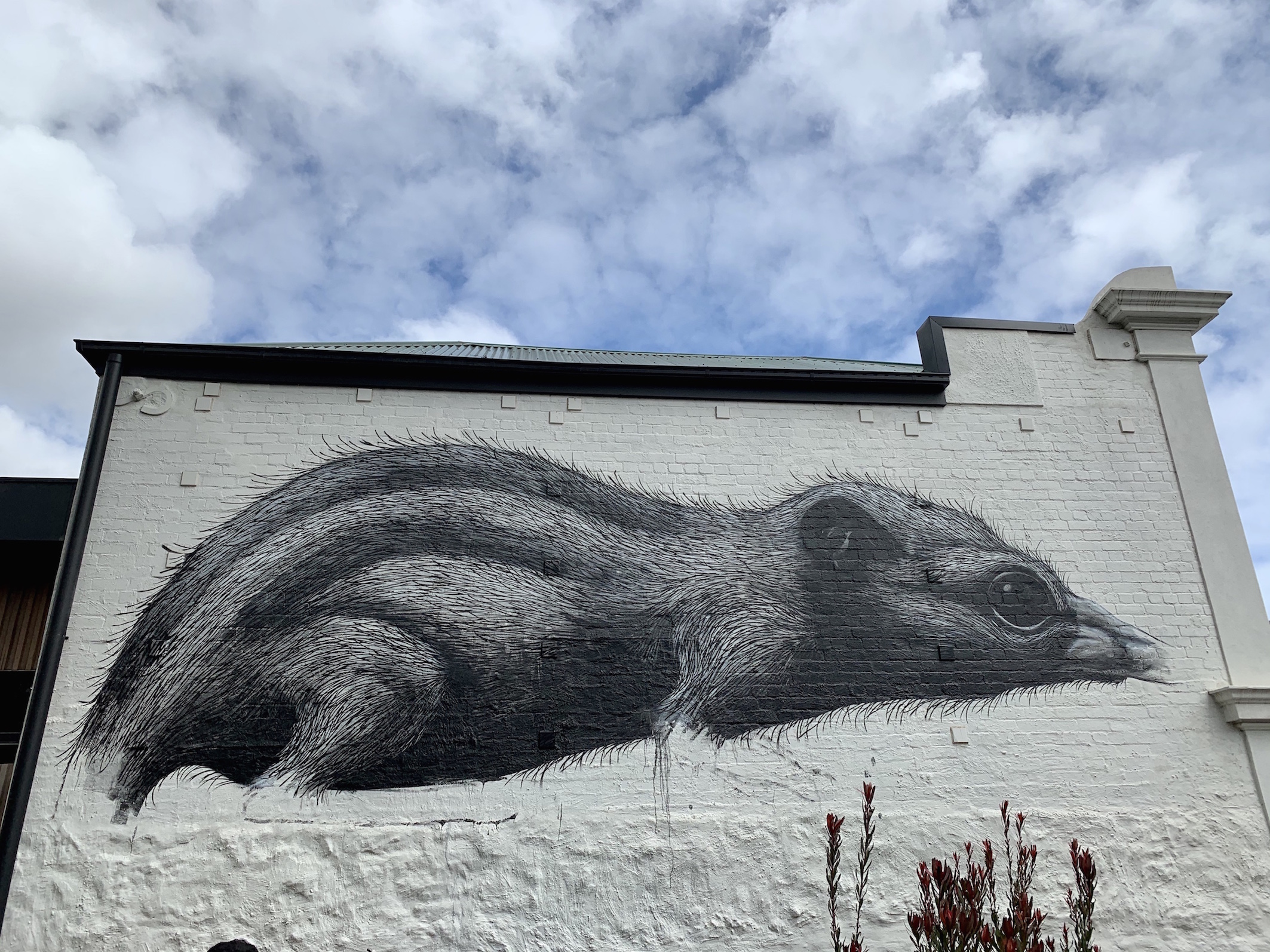 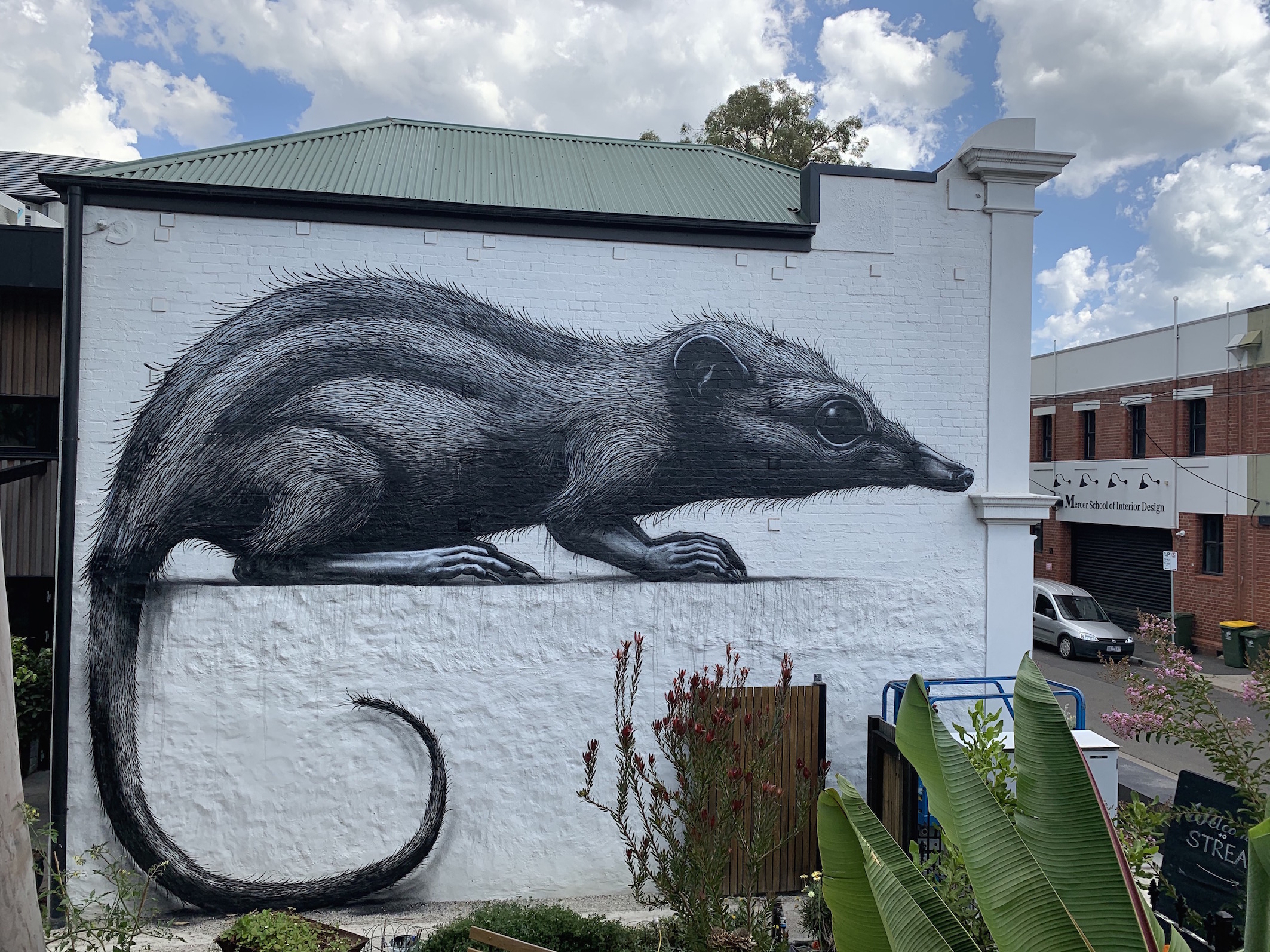 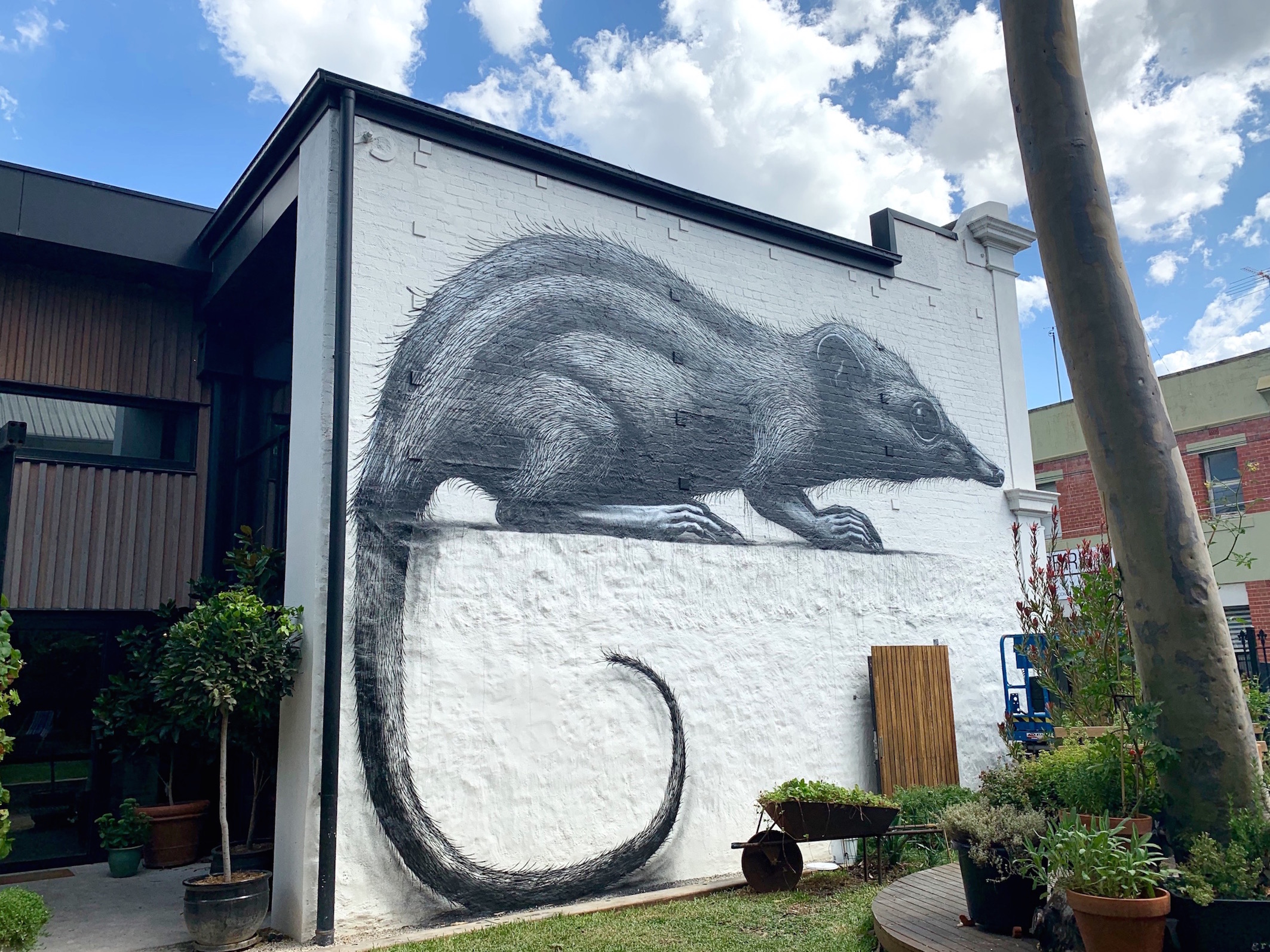 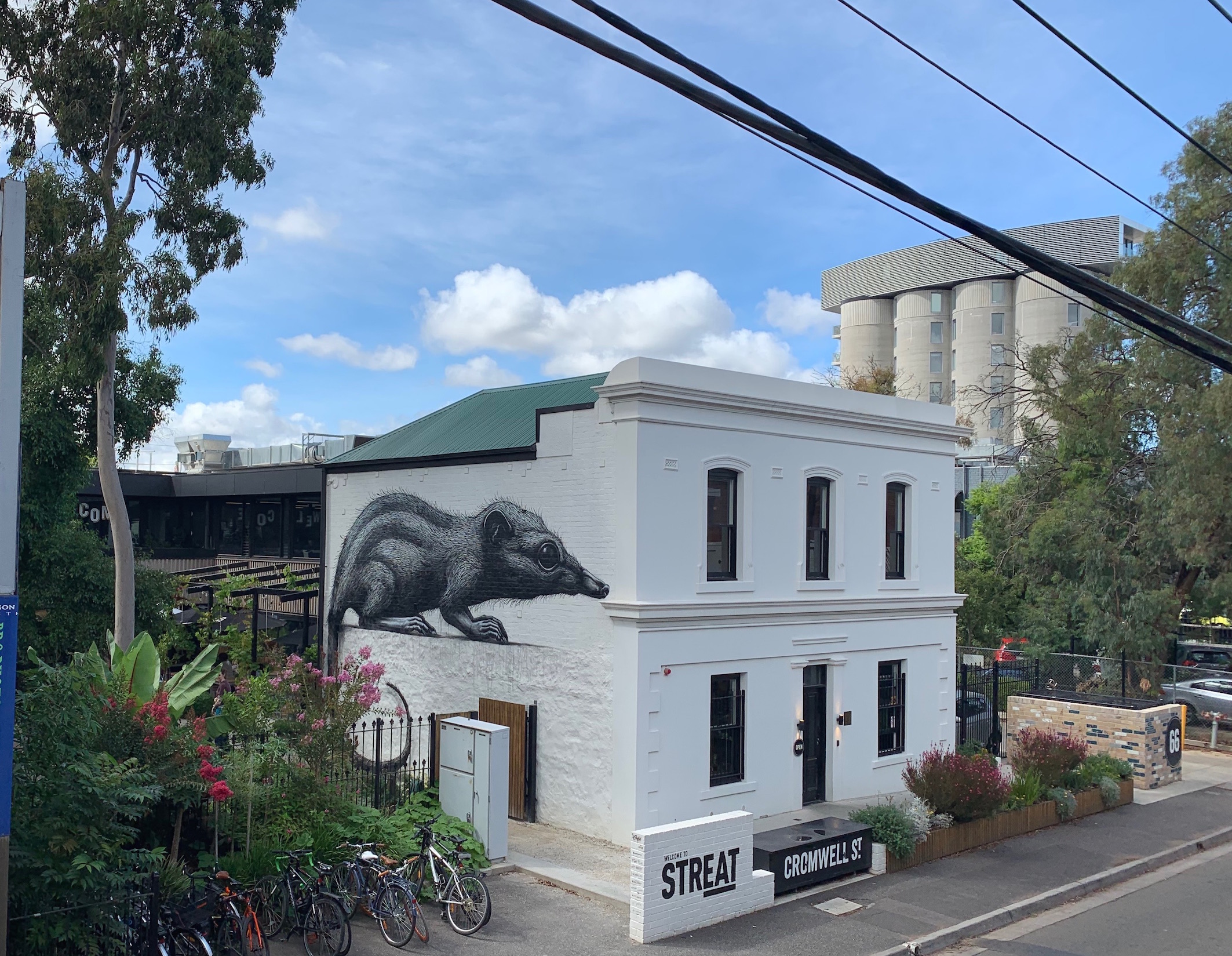 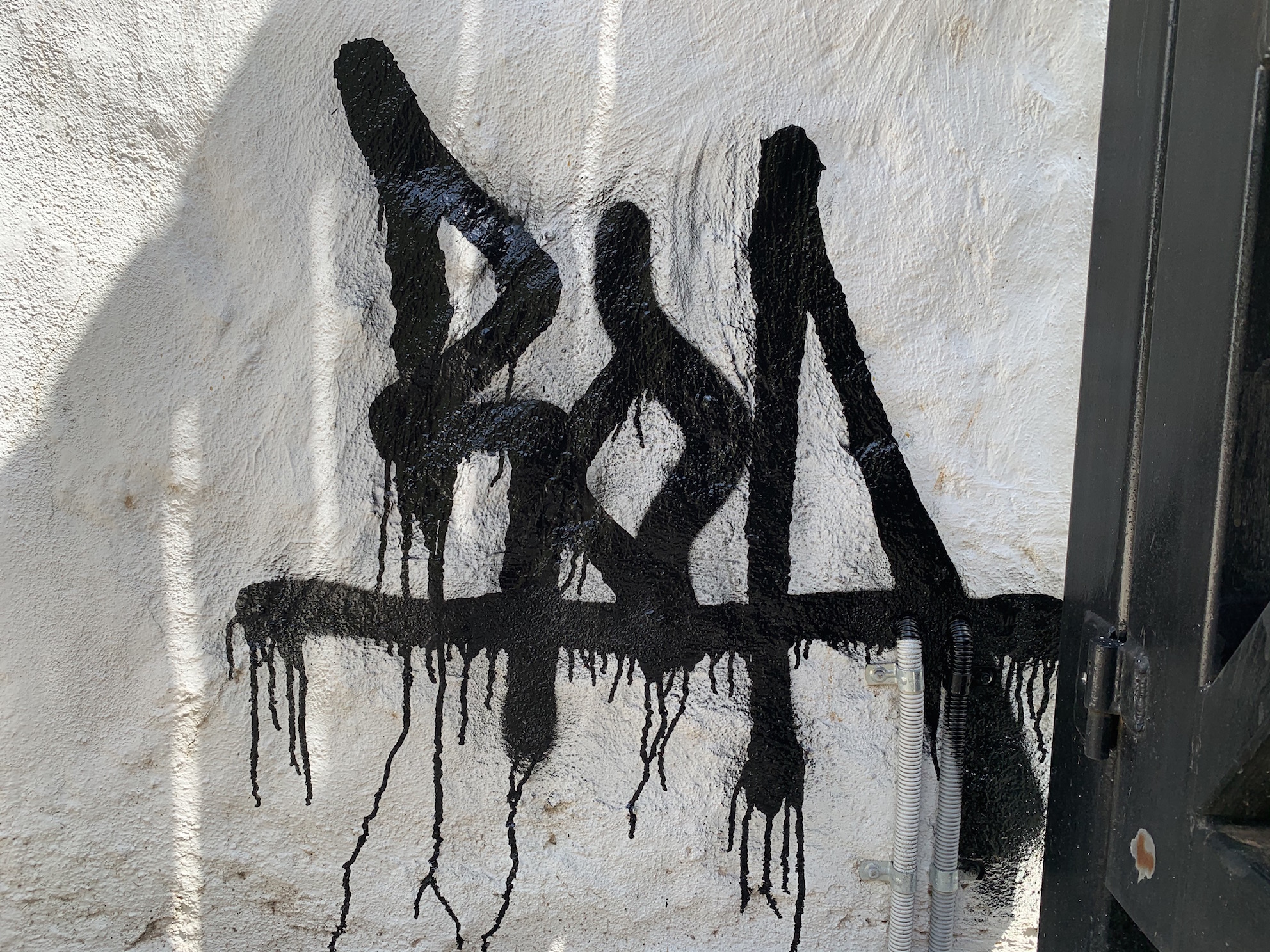 Dean Sunshine has lived in Melbourne Australia all his life and experienced first hand the graffiti and aerosol art movement as it began there in the 80’s.
For the last decade he has keenly followed the development of the local street art scene and photographed and documented thousands of works for no other reason than appreciation of the art form.
Putting his interest online Dean started his blog called Land of Sunshine in 2010 which led to the self-publication of two books – Land of Sunshine (2012) and Street Art Now (2014)
His blog is regularly updated with the latest street art and graffiti in Melbourne and also takes photos when travelling the world.
Aside from documentation, he also offers the exterior walls of his warehouse in Brunswick, Melbourne for local and international artists to regularly paint and facilitates large and small street art commissions and projects.
All photos are his own unless otherwise specified.

A Stirring Tribute Honors Voices Lost and Living with HIV/AIDS

meet the real stars of the red carpet

Majority of Faculty at Philadelphia’s University of the Arts Vote to...

A Stirring Tribute Honors Voices Lost and Living with HIV/AIDS