Titus Kaphar, an artist known for his incisive paintings that reimagine famous art-historical imagery in an attempt to open the works’ complicated racial politics, has made a leap to one of the world’s top galleries. Gagosian, which has 18 locations worldwide, has revealed that it now represents the artist, who is based in New Haven, Connecticut. He will no longer be represented by New York’s Jack Shainman Gallery, which has been showing his work since 2015.

Kaphar is due to be featured in Gagosian’s new online viewing rooms series, Artist Spotlight. As part of the program launched in the midst of the coronavirus crisis, his work will be featured for on Gagosian’s site for one week, with a work to be made available for sale for two days. 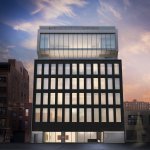 Kaphar has become widely known in recent years for work featuring altered Old Masters imagery that spotlights histories of racism, colonialism, and slavery. His Shifting the Gaze, memorably shown at New York’s Brooklyn Museum in 2019, featured a copy of a 17th-century Frans Hals painting with all of the white sitters blanked out using white paint. Produced during a TED Talk, the painting leaves visible a black child at its center.

Having gone through the Studio Museum in Harlem’s revered artist-in-residence program in 2018, Kaphar has since gone on to win a number of accolades, including one of the MacArthur Foundation’s $625,000 “genius” grants.

Kaphar’s practice has also included activist efforts, and, in 2015, with Jason Price and Jonathan Brand, he launched NXTHVN, a nonprofit organization intended to support emerging artists in Connecticut. “New Haven has some of the most esteemed artists in the world,” Kaphar told the New York Times last year. “Yet as a city, we’ve done very little to say, ‘Why don’t you stay here?’” Gagosian said in its announcement that it plans to help support NXTHVN.