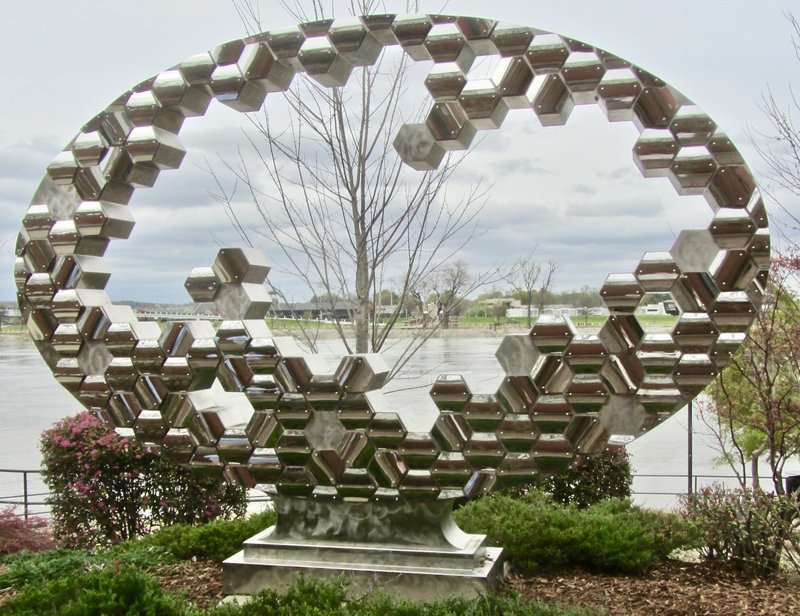 Through Looking Glass, by Mark Leichliter, intends to represent the Little Rock community as a whole as well as individual efforts.

With most museums and galleries closed across Arkansas, art can still be savored in the open air. A prime venue is Vogel Schwartz Sculpture Garden, in downtown Little Rock’s Riverfront Park.

In normal times, the garden’s 80-plus works are an undervalued treasure, tucked along walking paths that extend from behind the Little Rock Marriott hotel eastward to near the River Market Pavilions.

Now, these sculptures rank with the best of Arkansas’ viewable art. Their creators do not match the stature of big names featured on the still-open trails at Crystal Bridges Museum of American Art in Bentonville. But given the absence of funding by a billionaire like Alice Walton, the Little Rock collection looks even more impressive. 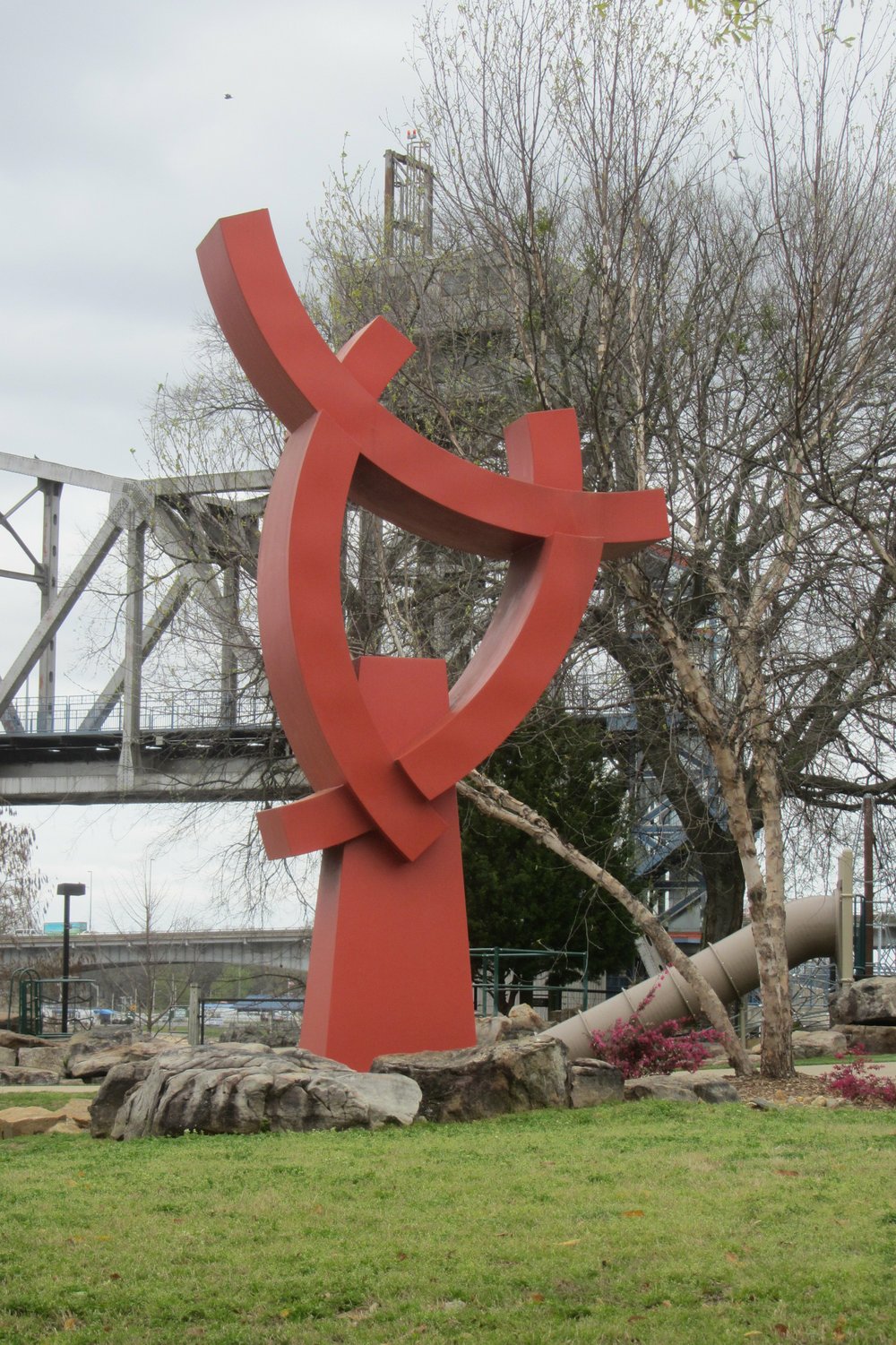 Mark Leichliters Together is dedicated to the late Judge Richard Arnold.

The sculpture garden was created in 2009 with funding from the Vogel Schwartz Foundation, spearheaded by family member Laura Beth Vogel. A brainchild of longtime Little Rock city director Dr. Dean Kumpuris, the project has expanded while inspiring other public displays of sculptures and murals in Central Arkansas.

Vogel Schwartz’s sculptures “come in all shapes and forms, some big, some small, some fanciful and some with a deep message to convey,” notes the city’s website.

Visitors to Vogel Schwartz will find the sculptures spread out enough that it’s easy to keep the strongly recommended social distancing of 6 feet or more from strangers. The deep messages are mainly positive, evoking the human attributes that we all share. The whimsical pieces can serve as an antidote to the current aura of gloom and doom.

Subjects of the sculptures mainly fall into three categories: shapes, people and animals. One of the most intriguing is the large oval Through Looking Glass, by Mark Leichliter.

Among whimsical sculptures portraying people, Kevin Kresse’s Breaking the Cycle depicts an older man being pushed in a wheelbarrow by a young boy. The figures are meant to be a grandfather and grandson, with the artist’s son, Roman, having served as the model for the youngster. 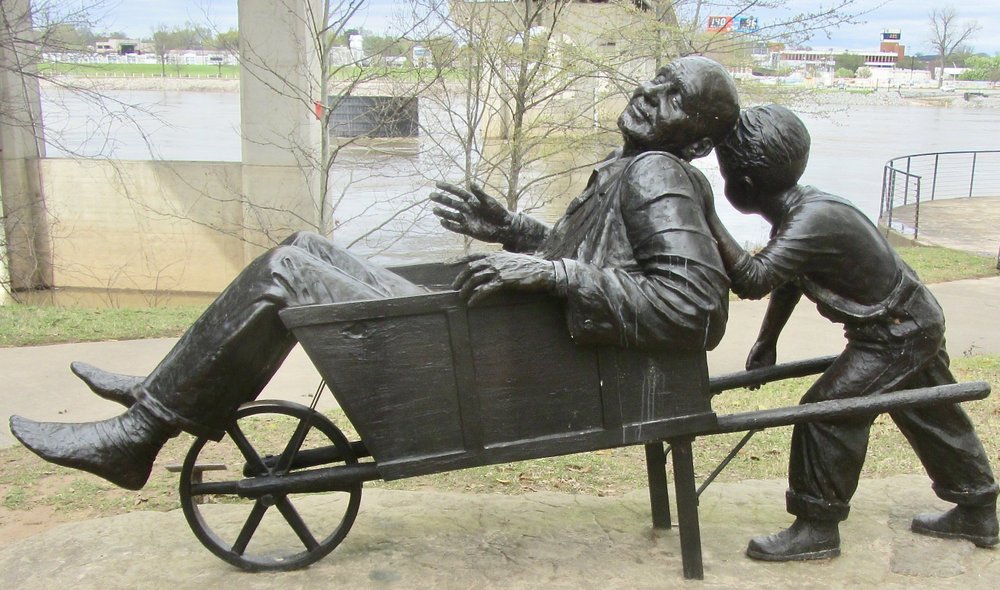 Kevin Kresses Breaking the Cycle shows an older man, possibly a grandfather, being pushed in a wheelbarrow by a boy.

Among the animal images, there’s high-spirited grace in Kevin Box’s Dancing Pony. Tim Cherry’s Wise Guy is a perched owl looking as sagacious as the work’s jocular title suggests. Serving a utilitarian as well as aesthetic purpose is Cherry’s Hippo Bench, offering a perch on the back of a hippopotamus. 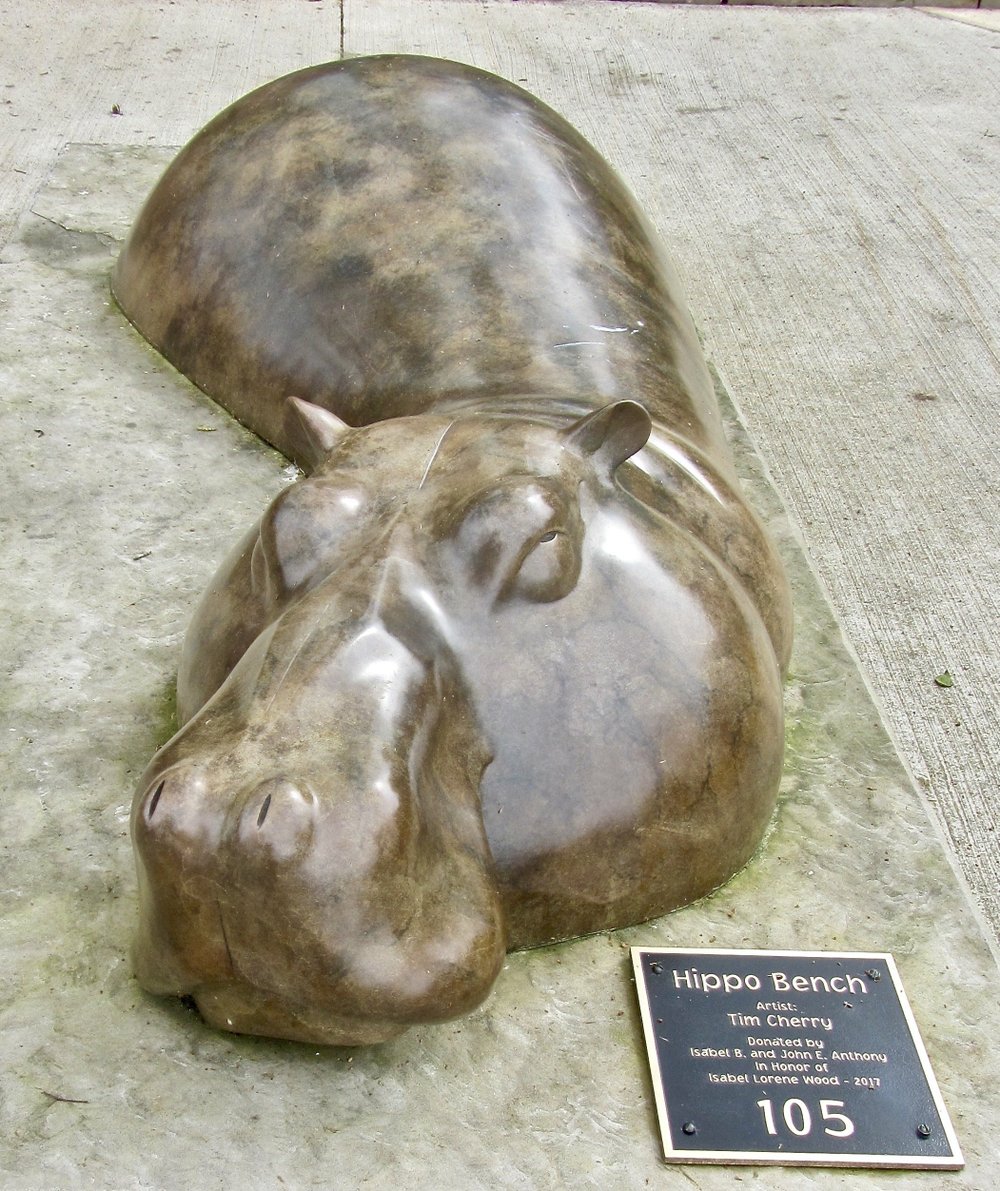 Tim Cherrys Hippo Bench, is among his whimsical works featuring a hippopotamus.

Added last fall to the garden is an inspirational sculpture installed to mark the centennial of Arkansas women gaining the right to vote.

Created by Jane DeDecker, the Every Word We Utter bronze shows Susan B. Anthony, Sojourner Truth, Elizabeth Cady Stanton and her daughter, Harriet Stanton Blatch, standing on a platform of bronze ripples. DeDecker said the design was inspired by the motion of a water droplet falling into a body of water and bouncing back upward — an image for the suffragettes’ persistent work.

As life returns to normal, whenever that might be, more sculptures are expected to be added to the garden. For now, as long as Arkansans are allowed to walk outdoors while maintaining social distance, the present collection is inviting enough.

Information on Vogel Schwartz Sculpture Garden is available at littlerock.com/little-rock-destinations/vogel-schwartz-sculpture-garden.

Did Venus ever need a toilet paper calculator? – The Artsology...

Explore Vermeer’s ‘Girl With a Pearl Earring’ in Incredible Detail with...